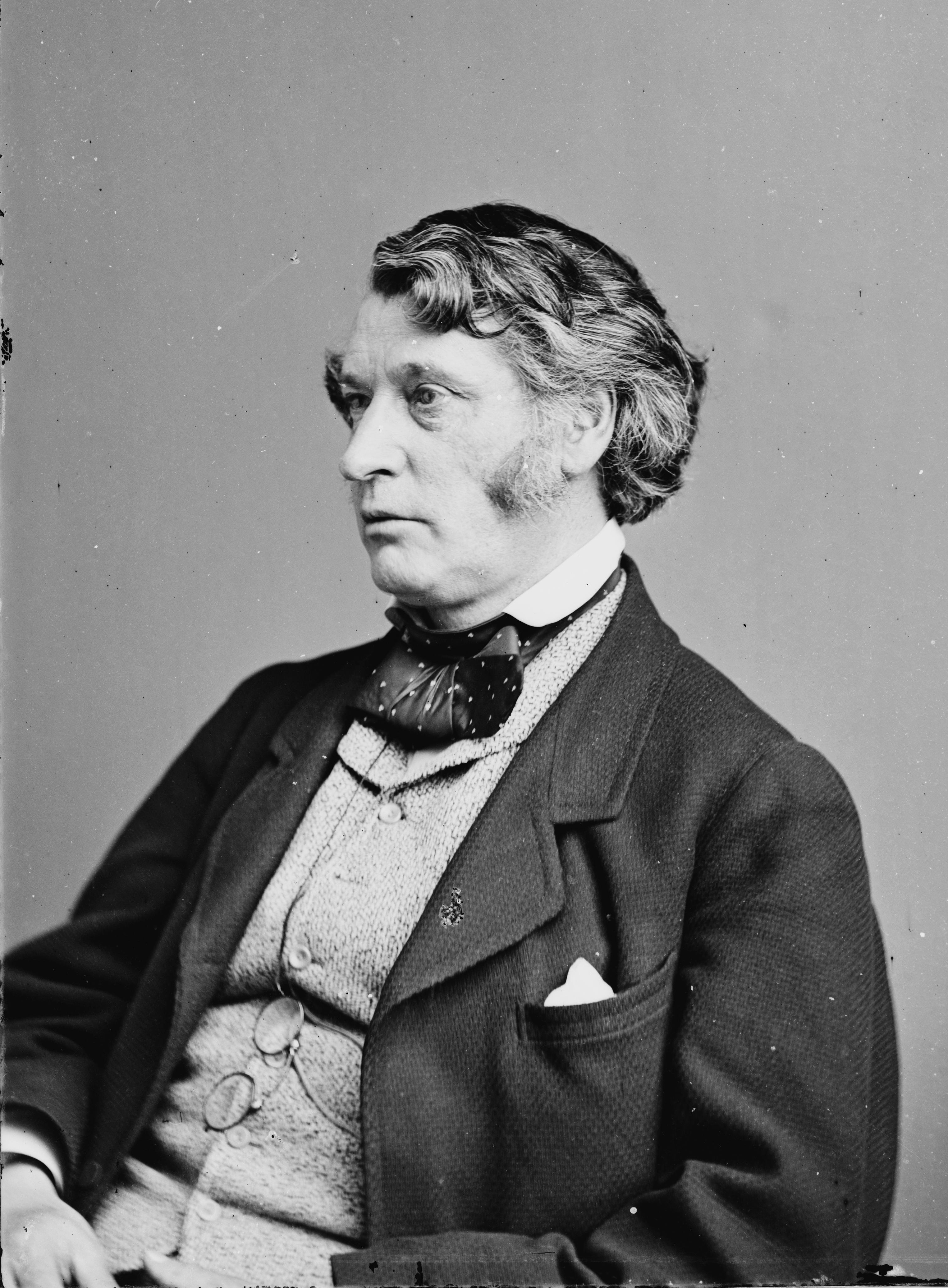 Charles Sumner (January 6, 1811March 11, 1874) was an American politician and United States Senator from Massachusetts. As an academic lawyer and a powerful orator, Sumner was the leader of the anti-slavery forces in the state and a leader of the Radical Republicans in the U.S. Senate during the American Civil War. During Reconstruction, he fought to minimize the power of the ex-Confederates and guarantee equal rights to the freedmen. He fell into a dispute with President Ulysses Grant, a fellow Republican, over the control of Santo Domingo leading to the stripping of his power in the Senate and his subsequent effort to defeat Grant's re-election.

Sumner changed his political party several times as anti-slavery coalitions rose and fell in the 1830s and 1840s before coalescing in the 1850s as the Republican Party, the affiliation with which he became best known. He devoted his enormous energies to the destruction of what Republicans called the Slave Power, the influence over the federal government of Southern slave owners who sought the continuation and expansion of slavery. In 1856, South Carolina Democratic congressman Preston Brooks nearly killed Sumner with a cane on the Senate floor after Sumner delivered an anti-slavery speech, "The Crime Against Kansas." In the speech, Sumner characterized the attacker's first cousin once removed, South Carolina Senator Andrew Butler, as a pimp for slavery. The widely reported episode left Sumner severely injured and both men famous. It was several years before he could return to the Senate; Massachusetts not only did not replace him, it re-elected him, leaving his empty desk in the Senate as a reminder of the incident. The episode contributed significantly to the polarization of the country, leading up to the Civil War.

During the war, he was a leader of the Radical Republican faction that criticized President Lincoln for being too moderate on the South. Sumner specialized in foreign affairs and worked closely with Lincoln to ensure the British and the French refrained from intervening on the side of the Confederacy during the Civil War. As the chief Radical leader in the Senate during Reconstruction, Sumner fought hard to provide equal civil and voting rights for the freedmen on the grounds that "consent of the governed" was a basic principle of American republicanism, and to block ex-Confederates from power so they would not reverse the gains made from the Union's victory in the Civil War. Sumner, teaming with House leader Thaddeus Stevens, battled Andrew Johnson's reconstruction plans and sought to impose a Radical program on the South. Although Sumner ardently advocated the annexation of Alaska in the Senate, he was against the annexation of the Dominican Republic, then known by the name of its capital, Santo Domingo. After leading Senators to defeat President Ulysses S. Grant's Santo Domingo Treaty in 1870, Sumner broke with Grant and denounced him in such terms that reconciliation was impossible. In 1871, President Grant and his Secretary of State Hamilton Fish retaliated; through Grant's supporters in the Senate, Sumner was deposed as head of the Foreign Relations Committee. Sumner had become convinced that Grant was a corrupt despot and that the success of Reconstruction policies called for new national leadership. Sumner bitterly opposed Grant's re-election by supporting the Liberal Republican candidate Horace Greeley in 1872 and lost his power inside the Republican Party. Less than two years later, he died in office. Provided by Wikipedia

Read Now
7
Indemnity for the past and security for the future : speech of Hon. Charles Sumner, of Massachusetts, on his bill for the confiscation of property and the liberation of slaves belo...
by Sumner, Charles
Published 1862
s.n
Call Number: Loading...
Located: Loading...

Read Now
8
The scholar, the jurist, the artist, the philanthropist : an address before the Phi Beta Kappa Society of Harvard University, at their anniversary, August 27, 1846
by Sumner, Charles
Published 1846
W.D. Ticknor
Call Number: Loading...
Located: Loading...

Read Now
15
Commentaries on the law of agency : as a branch of commercial and maritime jurisprudence
by Story, Joseph
Published 1851
C.C. Little and J. Brown
Other Authors: '; “...Sumner, Charles...”

Read Now
16
Commentaries on the law of promissory notes, and guaranties of notes, and checks on banks and bankers : with occasional illustrations from the commercial law of the nations of cont...
by Story, Joseph
Published 1851
Little and Brown
Other Authors: '; “...Sumner, Charles...”

Read Now
19
The association, &c. of the delegates of the colonies, at the grand Congress, held at Philadelphia, Sept. 1, 1774, versified, and adapted to music : calculated for grave and gay di...
by Jingle, Bob
Published 1774
[Printed [by James Rivington?]
Other Authors: '; “...Sumner, Charles...”