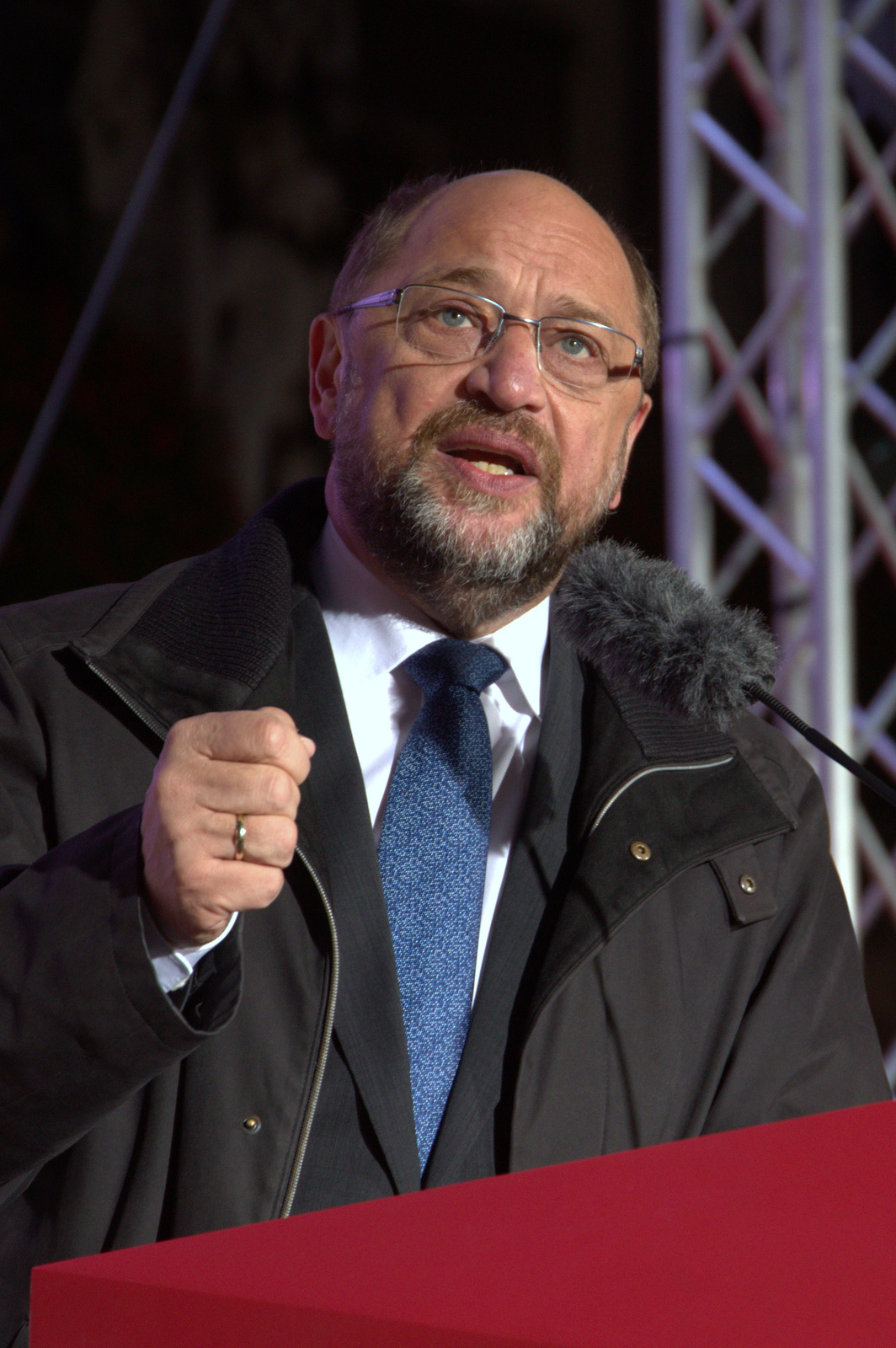 Martin Schulz (born 20 December 1955) is a German politician who served as Leader of the Social Democratic Party 2017 to 2018, and has served as a Member of the Bundestag (MdB) since 2017. Previously he was President of the European Parliament from 2012 to 2017, Leader of the Progressive Alliance of Socialists and Democrats from 2004 to 2012 and a Member of the European Parliament (MEP) from Germany from 1994 to 2017.

After the elections of 2017, which resulted in a postwar low for the SPD, Schulz declared the end of the Grand coalition under Angela Merkel and explicitly refused to serve in a Merkel government. On 7 February 2018, coalition talks concluded and Schulz announced he would succeed Sigmar Gabriel as Foreign minister and leave his party chairmanship to Andrea Nahles. After heavy public and internal criticism, Schulz decided not to enter the new cabinet. On 13 February 2018 Schulz stepped down as party chair. Provided by Wikipedia