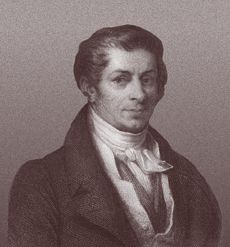 Jean-Baptiste Say (; 5 January 1767 – 15 November 1832) was a liberal French economist and businessman who argued in favor of competition, free trade and lifting restraints on business. He is best known for Say's law—also known as the law of markets—which he popularized. Scholars disagree on the surprisingly subtle question of whether it was Say who first stated what is now called Say's law. Moreover, he was one of the first economists to study entrepreneurship and conceptualized entrepreneurs as organizers and leaders of the economy. Provided by Wikipedia

Read Now
15
Catechism of political economy, or, Familiar conversations on the manner in which wealth is produced, distributed, and consumed in society
by Say, Jean Baptiste
Published 1816
Printed for Sherwood, Neely, and Jones
Call Number: Loading...
Located: Loading...