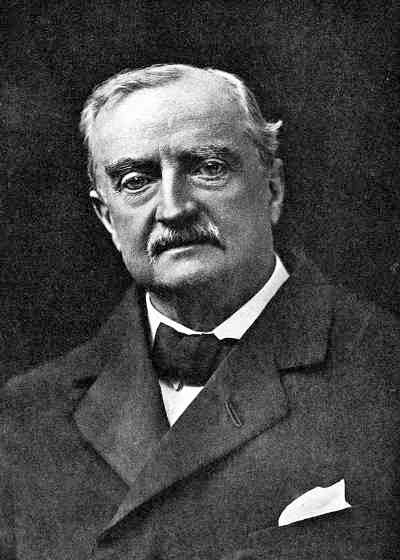 John Edward Redmond (1 September 1856 – 6 March 1918) was an Irish nationalist politician, barrister, and MP in the House of Commons of the United Kingdom. He was best known as leader of the moderate Irish Parliamentary Party (IPP) from 1900 until his death in 1918. He was also leader of the paramilitary organisation the Irish National Volunteers (INV).

He was born to an old prominent Catholic family in rural Ireland; several relatives were politicians. He took over control of the minority IPP faction loyal to Charles Stewart Parnell when that leader died in 1891. Redmond was a conciliatory politician who achieved the two main objectives of his political life: party unity and, in September 1914, the passing of the Government of Ireland Act 1914. The Act granted limited self-government to Ireland, within the United Kingdom. However, implementation of Home Rule was suspended by the outbreak of the First World War. Redmond called on the National Volunteers to join Irish regiments of the New British Army and support the British and Allied war effort to restore the "freedom of small nations" on the European continent, thereby to also ensure the implementation of Home Rule after a war that was expected to be of short duration. However, after the Easter Rising of 1916, Irish public opinion shifted in favour of militant republicanism and full Irish independence, so that his party lost its dominance in Irish politics. Provided by Wikipedia