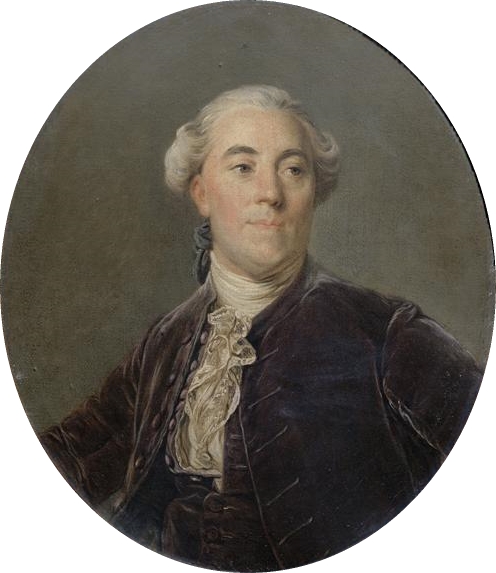 Jacques Necker (; 30 September 1732 – 9 April 1804) was a banker of Genevan origin who became a finance minister for Louis XVI and a French statesman. Necker played a key role in French history before and during the first period of the French Revolution.

Necker held the finance post between 1777 and 1781 and "is remembered today for taking the unprecedented step in 1781 of making public the country’s budget, a novelty in an absolute monarchy where the state of finances had always been kept a secret." Necker was dismissed within a few months. By 1788 the inexorable compounding of interest on the national debt brought France to a fiscal crisis. Necker was recalled to royal service. When he was dismissed on 11 July 1789, it was a factor in causing the Storming of the Bastille. Within two days Necker was recalled by the king and the assembly. Necker entered France in triumph and tried to accelerate the tax reform process. Faced with the opposition of the Constituent Assembly he resigned in September 1790 to a reaction of general indifference.

Necker was a constitutional monarchist, a political economist, and a moralist, who wrote a severe critique of the new principle of equality before the law. Necker fully embraced the label of moderate and the concept of the golden mean. Provided by Wikipedia

Read Now
2
On the importance of religious opinions : From the French of Mons. Necker. A new translation, to which is prefixed a short account of the author
by Necker, Jacques
Published 1789
printed for W. Gordon and J. Dickson
Call Number: Loading...
Located: Loading...

Read Now
7
Mr. Necker's answer to Mr. de Calonne's charge against him in the Assembly of the Notables
by Necker, Jacques
Published 1787
printed for J. Debrett in Piccadilly
Call Number: Loading...
Located: Loading...

Read Now
8
On the French revolution : By Mr. Necker. Translated from the French. In two volumes
by Necker, Jacques
Published 1797
printed for T. Cadell jun. and W. Davies (successors to Mr. Cadell) in the Strand
Call Number: Loading...
Located: Loading...

Read Now
9
The speech of Mr. Necker : Director General of the Finances, at the meeting of the Assembly of Notables, Held at Versailles, November 6, 1788. To which is added, The King's and the...
by Necker, Jacques
Published 1788
printed for J. Debrett, opposite Burlington House, in Piccadilly
Call Number: Loading...
Located: Loading...

Read Now
10
A short extract from M. Necker's pamphlet to the french nation : on the impending trial of the King. In a letter to a friend
by Necker, Jacques
Published 1793
Call Number: Loading...
Located: Loading...