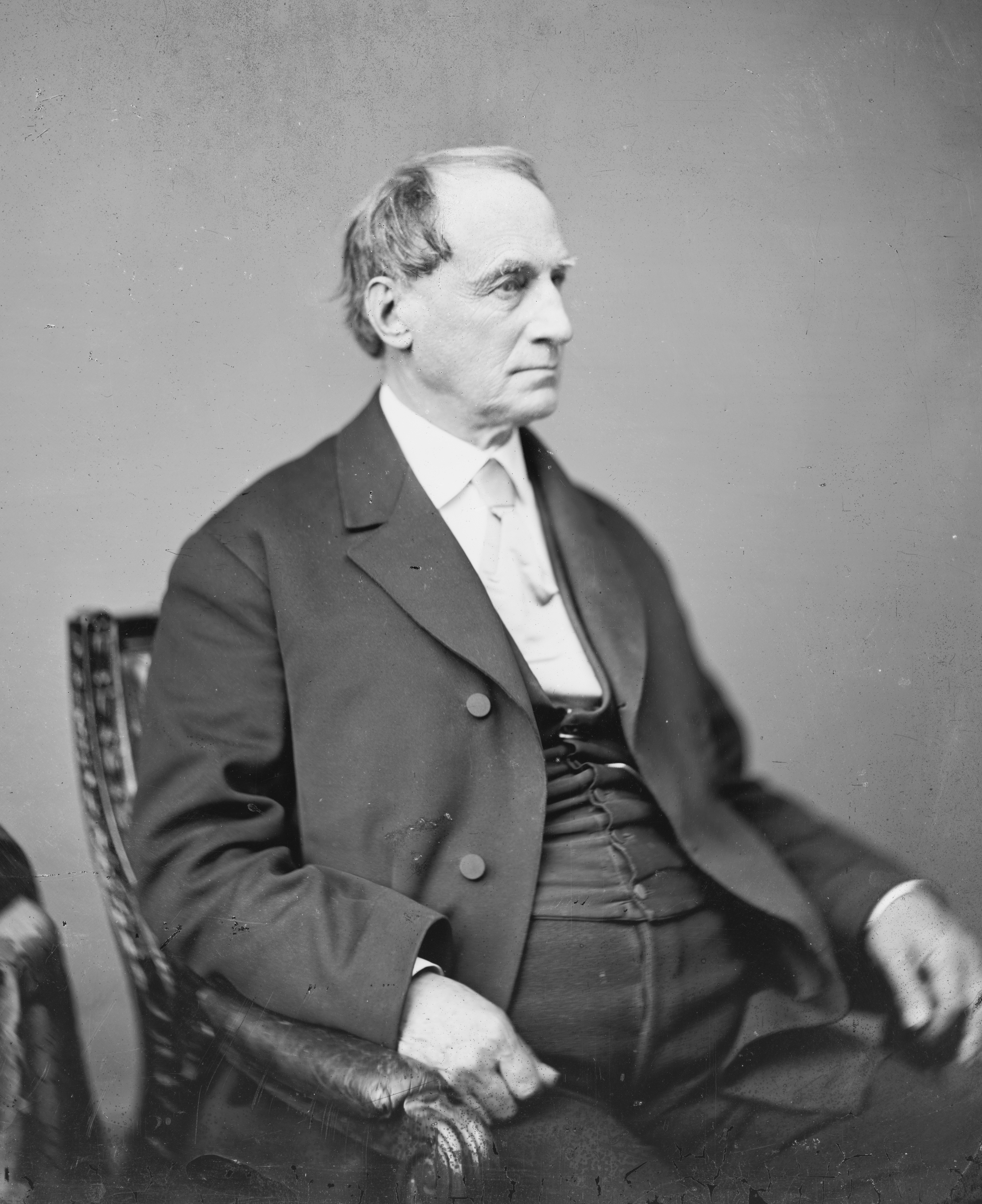 Caleb Cushing (January 17, 1800 – January 2, 1879) was an American Democratic politician and diplomat who served as a Congressman from Massachusetts and Attorney General under President Franklin Pierce. He was an eager proponent of territorial and commercial expansion, especially regarding the acquisition of Texas, Oregon and Cuba. He believed that enlarging the American sphere would fulfill "the great destiny reserved for this exemplar American Republic." Cushing secured the first American treaty with China, the Treaty of Wangxia of 1844; it gave American merchants trading rights in five Chinese ports. After the Civil War, Cushing negotiated a treaty with Colombia to give the United States a right-of-way for a trans-oceanic Canal. He helped obtain a favorable settlement of the Alabama Claims, and as the ambassador to Spain in 1870s defused the troublesome Virginius Affair. Provided by Wikipedia

Read Now
2
Arguments for the plaintiff in the case of Charles T. James vs. Atlantic Delaine company in circuit court of the United States for the state of Rhode Island, November 19, 1866
by Cushing, Caleb
Published 1867
McGill & Witherow
Call Number: Loading...
Located: Loading...

Read Now
4
Speeches delivered in the House of Representatives of Massachusetts, on the subject of the currency and public deposites
by Cushing, Caleb
Published 1834
[s.n.]
Call Number: Loading...
Located: Loading...

Read Now
5
A Letter from two neighboring associations of ministers in the country, to the associated ministers of Boston and Charlestown, relating to the admission of Mr. Whitefield into thei...
by Cushing, Caleb
Published 1745
Printed by Rogers and Fowle, for S. Eliot in Cornhill
Other Authors: '; “...Cushing, Caleb...”

Read Now
7
A treatise on maritime contracts of letting to hire
by Pothier, Robert Joseph
Published 1821
Cummings and Hilliard
Other Authors: '; “...Cushing, Caleb...”

Read Now
8
A minister's care about his life and doctrine, considered and inforced : A sermon preach'd at the ordination of Mr. Samuel Webster, to the pastoral care of a church in Salisbury, A...
by Parsons, Joseph
Published 1741
Printed by G. Rogers, for S. Eliot in Cornhill
Other Authors: '; “...Cushing, Caleb...”

Read Now
9
Christian courage necessary for a Gospel minister : An ordination sermon preached at Kingston, Sept. 29. 1725. When Mr. Ward Clark was ordained Pastor of the church there. By John...
by Odlin, John
Published 1727
Printed by B. Green
Other Authors: '; “...Cushing, Caleb...”

Read Now
10
An essay to excite a further inquiry into the ancient matter and manner of sacred singing : [Nine lines from Milton]
by Seccombe, Joseph
Published 1741
Printed and sold by S. Kneeland and T. Green, in Queen-Street over against the prison
Other Authors: '; “...Cushing, Caleb...”