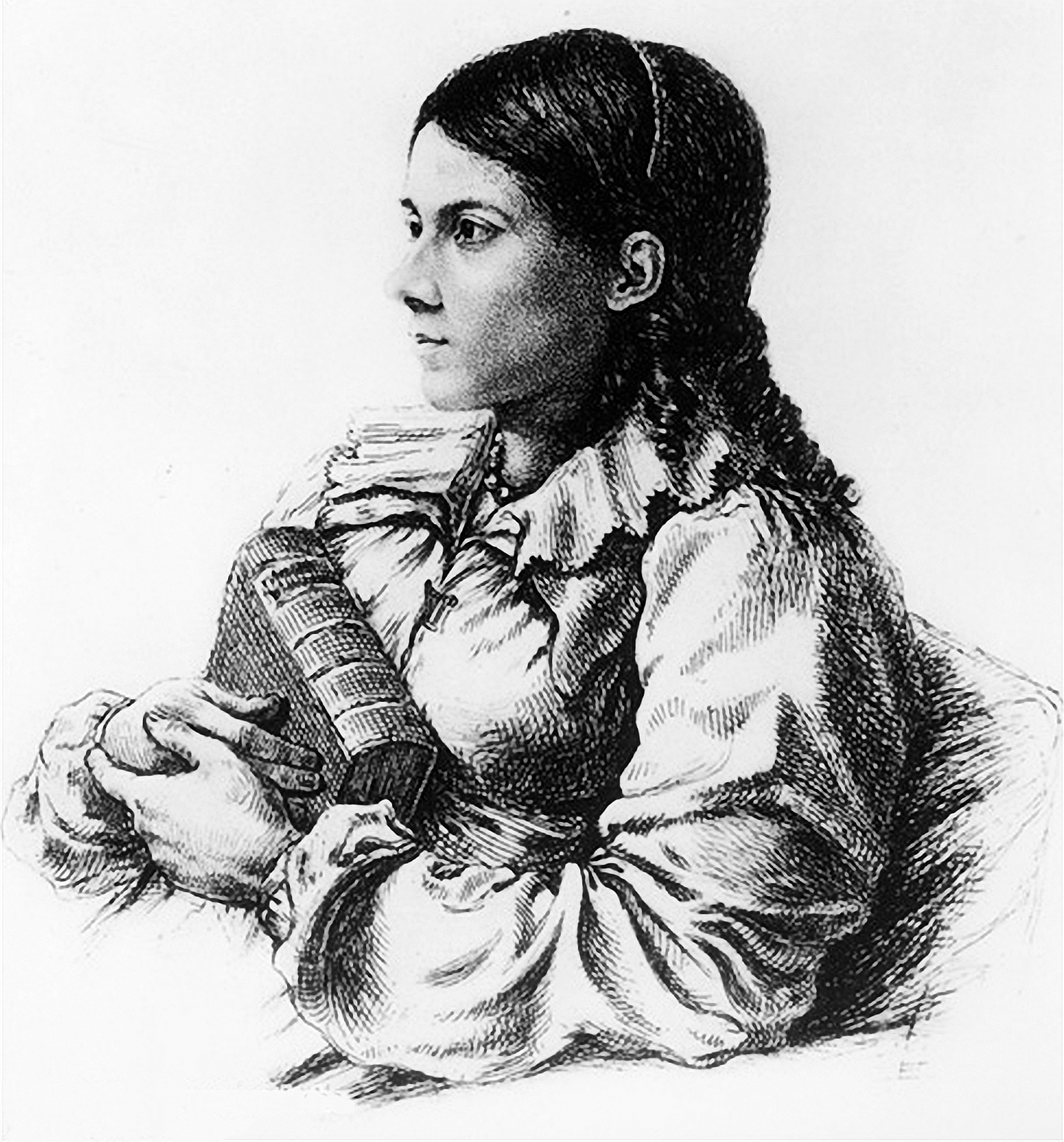 Bettina (as well: Bettine) Brentano was a writer, publisher, composer, singer, visual artist, an illustrator, patron of young talent, and a social activist. She was the archetype of the Romantic era's zeitgeist and the crux of many creative relationships of canonical artistic figures. Best known for the company she kept, she numbered among her closest friends Goethe, Beethoven, and Pückler and tried to foster artistic agreement among them. Many leading composers of the time, including Robert Schumann, Franz Liszt, Johanna Kinkel, and Johannes Brahms, admired her spirit and talents. As a composer, von Arnim's style was unconventional, molding and melding favorite folk melodies and historical themes with innovative harmonies, phrase lengths, and improvisations that became synonymous with the music of the era. She was closely related to the German writers Clemens Brentano and Achim von Arnim: the first was her brother, the second her husband. Her daughter Gisela von Arnim became a prominent writer as well. Her nephews, via her brother Christian, were Franz and Lujo Brentano. Provided by Wikipedia