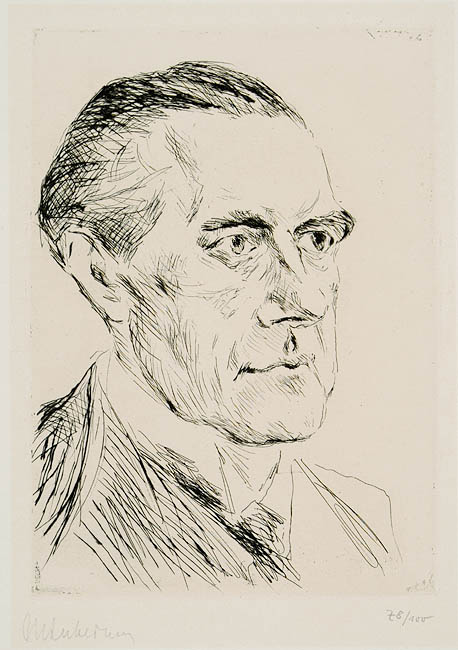 Peter Behrens (14 April 1868 – 27 February 1940) was a leading German architect and industrial designer, best known for his early pioneering AEG Turbine Hall in Berlin in 1909. He had a long career, designing objects, typefaces, and important buildings in a range of styles from the 1900s to the 1930s. He was a foundation member of the German Werkbund in 1907, when he also began designing for AEG, pioneered corporate design, producing typefaces, objects, and buildings for the company. In the next few years, he became a successful architect, a leader of the rationalist / classical German Reform Movement of the 1910s. After WW1 he turned to Brick Expressionism, designing the remarkable Hoechst Administration Building outside Frankfurt, and from the mid 1920s increasingly to New Objectivity. He was also an educator, heading the architecture school at Academy of Fine Arts Vienna from 1922 to 1936. As a well known architect he produced design across Germany, in other European countries, Russia and England. Several of the leading names of European modernism worked for him when they were starting out in the 1910s, including Ludwig Mies van der Rohe, Le Corbusier and Walter Gropius. Provided by Wikipedia