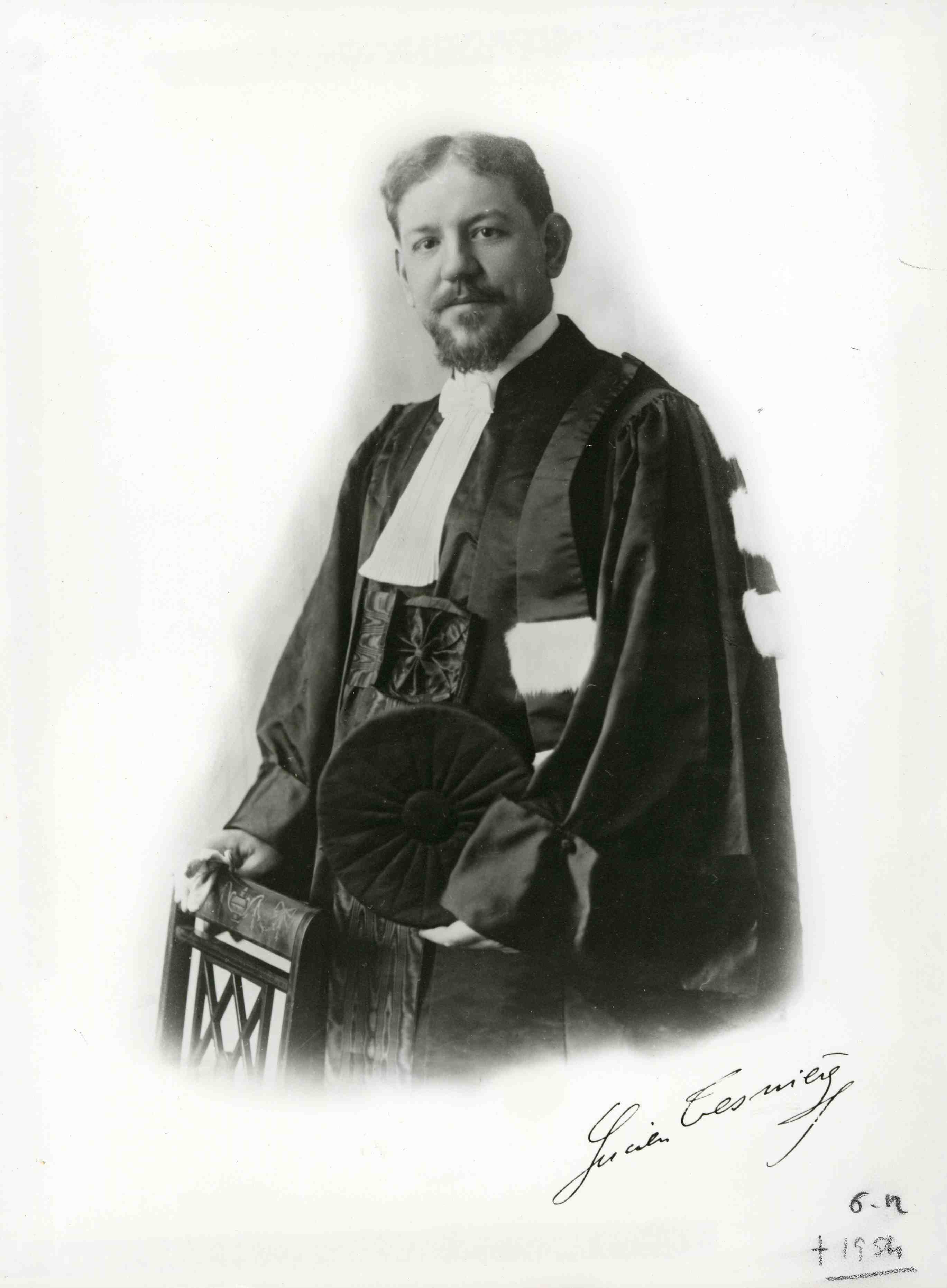 Lucien Tesnière (; May 13, 1893 – December 6, 1954) was a prominent and influential French linguist. He was born in Mont-Saint-Aignan on May 13, 1893. As a maître de conférences (senior lecturer) in Strasbourg (1924), and later professor in Montpellier (1937), he published many papers and books on Slavic languages. However, his importance in the history of linguistics is based mainly on his development of an approach to the syntax of natural languages that would become known as dependency grammar. He presented his theory in his book ''Éléments de syntaxe structurale'' (Elements of Structural Syntax), published posthumously in 1959. In the book he proposes a sophisticated formalization of syntactic structures, supported by many examples from a diversity of languages. Tesnière died in Montpellier on December 6, 1954.

Many central concepts that the modern study of syntax takes for granted were developed and presented in ''Éléments''. For instance, Tesnière developed the concept of valency in detail, and the primary distinction between arguments (actants) and adjuncts (''circumstants'', French ''circonstants''), which most if not all theories of syntax now acknowledge and build on, was central to Tesnière's understanding. Tesnière also argued vehemently that syntax is autonomous from morphology and semantics although his stance is different from generative grammar which takes syntax to be a separate module of the human faculty for language. Provided by Wikipedia