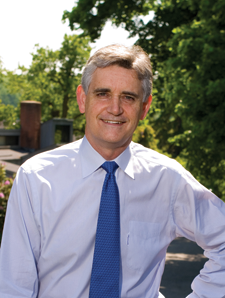 Bruce William Stillman, AO, FAA, FRS (born 16 October 1953, in Melbourne, Australia) is a biochemist and cancer researcher who has served as the Director of Cold Spring Harbor Laboratory (CSHL) since 1994 and President since 2003. He also served as the Director of its NCI-designated Cancer Center for 25 years from 1992 to 2016. During his leadership, CSHL has been ranked as the No. 1 institution in molecular biology and genetics research by Thomson Reuters. Stillman's research focuses on how chromosomes are duplicated in human cells and in yeast ''Saccharomyces cerevisiae''; the mechanisms that ensure accurate inheritance of genetic material from one generation to the next; and how missteps in this process lead to cancer. For his accomplishments, Stillman has received numerous awards, including the Alfred P. Sloan, Jr. Prize in 2004 and the 2010 Louisa Gross Horwitz Prize, both of which he shared with Thomas J. Kelly of Memorial Sloan-Kettering Cancer Center, as well as the 2019 Canada Gairdner International Award for biomedical research, which he shared with John Diffley. Provided by Wikipedia