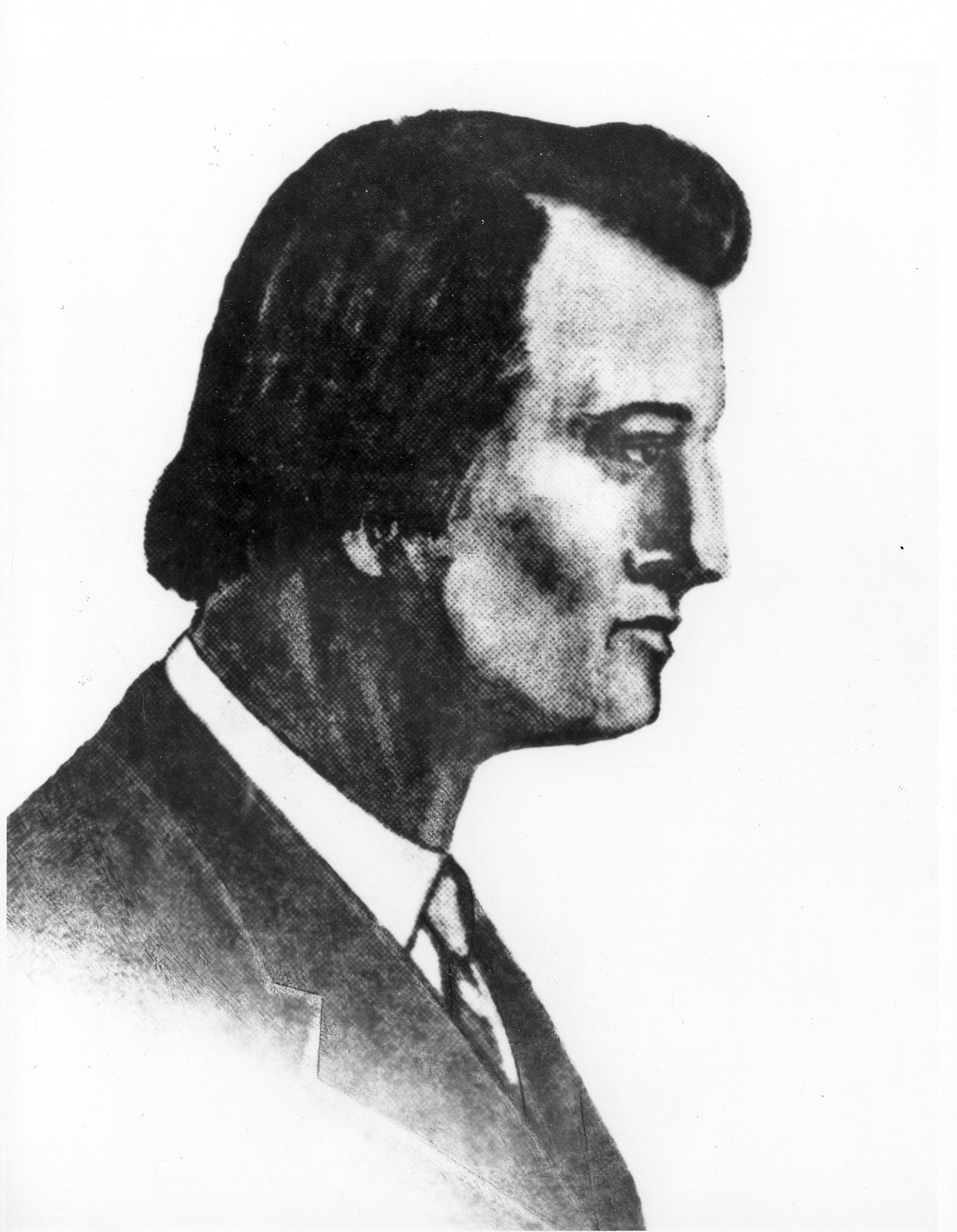 Joseph Alfred "Jack" Slade, (January 22, 1831 – March 10, 1864), was a stagecoach and Pony Express superintendent, instrumental in the opening of the American West and the archetype of the Western gunslinger.

Born in Carlyle, Illinois, he was the son of Illinois politician Charles Slade and Mary Dark (Kain) Slade. During the Mexican War, he served in the U.S. Army that occupied Santa Fe, 1847-48. After his father's death, Slade's mother married Civil War General Elias Dennis.

He married Maria Virginia (maiden name unknown) around 1857. In the 1850s, he was a freighting teamster and wagonmaster along the Overland Trail, and then became a stagecoach driver in Texas, around 1857-58. He subsequently became a stagecoach division superintendent along the Central Overland route for Hockaday & Co. (1858–59) and its successors Jones, Russell & Co. (1859) and Central Overland, California & Pike's Peak Express Co. (1859–62). With the latter concern, he also helped launch and operate the Pony Express in 1860-61. All were critical to the communication between the East and California. As superintendent, he enforced order and assured reliable cross-continental mail service, maintaining contact between Washington, DC, and California on the eve of Civil War.

While division superintendent, he shot and killed Andrew Ferrin, one of his subordinates, who was hindering the progress of a freight train, in May 1859. At the time, shooting deaths of this kind in the West were rare and Jack Slade's reputation as a "gunfighter" spread rapidly across the country.

In March 1860, Slade was ambushed and left for dead by Jules Beni, the corrupt stationkeeper at Julesburg, Colorado, whom Slade had removed. Slade remarkably survived, and in August 1861, Beni was killed by Slade's men after ignoring Slade's warning to stay out of his territory.

Slade's ferocious reputation, though, combined with a drinking problem, caused his downfall. He was fired by the Central Overland for drunkenness in November 1862. During a drunken spree in Virginia City, Montana, he was lynched by local vigilantes on March 10, 1864, for disturbing the peace. He was buried in Salt Lake City, Utah, on July 20, 1864. __NOTOC__ Provided by Wikipedia

Read Now
1
The order of duties : A sermon, Preach'd at the Parish-Church of St. Laurence in Reading, in the County of Berks, On Tuesday October 31st, 1727, Containing some Animadversions on a...
by Slade, Joseph
Published 1727
printed by William Ayres, in Minster-Street, and sold by Benjamin Shirley, Bookseller, in Reading
Call Number: Loading...
Located: Loading...

Read Now
2
Gallionism truly stated : or, the duty of the magistrate with respect to religion. A sermon preach'd at the assizes held at Reading, in the county of Berks, July 18. 1721. Before t...
by Slade, Joseph
Published 1721
printed for Benj. Shirley, Bookseller in Reading; and are to be sold by Benj. Cowse, at the Rose and Crown in St. Paul's Church-Yard, and J. Roberts in Warwick Lane, London
Call Number: Loading...
Located: Loading...
Search Tools
Get RSS Feed
Share Search
Send by Email