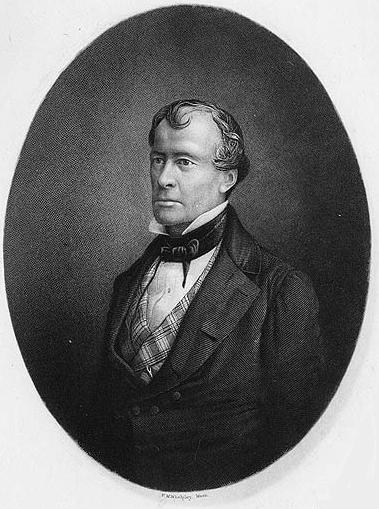 John Pendleton Kennedy (October 25, 1795 – August 18, 1870) was an American novelist, lawyer and Whig politician who served as United States Secretary of the Navy from July 26, 1852 to March 4, 1853, during the administration of President Millard Fillmore, and as a U.S. Representative from Maryland's 4th congressional district, during which he encouraged the United States government's study, adoption and implementation of the telegraph. A lawyer who became a lobbyist for and director of the Baltimore and Ohio Railroad, Kennedy also served several different terms in the Maryland General Assembly, and became its Speaker in 1847.

Kennedy later helped lead the effort to end slavery in Maryland, which, as a non-Confederate state, was not affected by the Emancipation Proclamation and required a state law to free slaves within its borders and to outlaw the furtherance of the practice.

Read Now
1
Letter of J.P. Kennedy to his constituents, citizens of the fourth congressional district in the State of Maryland : on the principles and value of the protective system
by Kennedy, John Pendleton
Published 1842
s.n
Call Number: Loading...
Located: Loading...

Read Now
2
A review of Mr. Cambreleng's report : from the Committee of Commerce, in the House of Representatives, at the first session of the Twenty first Congress
by Kennedy, John Pendleton
Published 1830
Printed by W.O. Niles
Call Number: Loading...
Located: Loading...