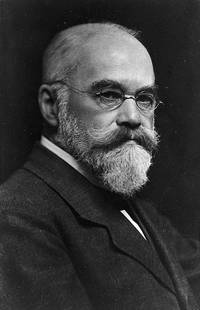 Otto Körner (18 May 1858 in Frankfurt am Main – 9 October 1935 in Rostock) was a German otorhinolaryngologist.

From 1878 to 1882 he studied medicine at the universities of Marburg, Freiburg and Strasbourg, where he was a student of internist Adolf Kussmaul. In 1882 he received his doctorate with a dissertation on the comparative anatomy and physiology of the larynx in animals and humans. After graduation, he remained in Strasbourg as an assistant to Abraham Kuhn, then later on, returned to his hometown of Frankfurt, where from 1886 to 1894 he worked as a general practitioner.

In 1894 he was named as a successor to Christian Lemcke at the University of Rostock, where in 1899 he opened the first university clinic dedicated to ear, nose and throat diseases in Germany. From 1901 to 1929 he was a full professor of otorhinolaryngology at Rostock.

From 1895 to 1935 he was editor of the ''Zeitschrift für Ohren- und Kehlkopfheilkunde'' ("Journal of ear and throat medicine"). In 1913/14 he served as academic rector at the University of Rostock. Provided by Wikipedia