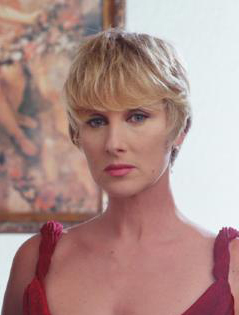 Adela Christian Bach Bottino (May 9, 1959 – February 26, 2019), known as Christian Bach, was an Argentine Mexican actress and producer of telenovelas produced by companies such as Televisa, TV Azteca and Telemundo.